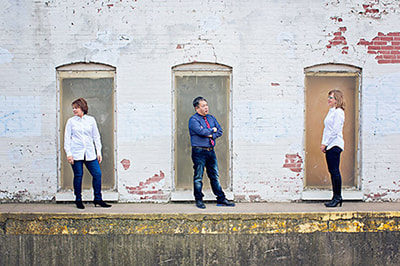 The Merling Trio is recognized as one of today’s premier ensembles. A truly international trio, it brings together musicians from Polish, Japanese, and Dutch backgrounds. The Merling Trio has been hailed as a brilliantly distinguished group endowed with remarkable gifts of communication, magnificent precision, and an impeccable blend of sound. The trio made its New York debut in Weill Recital Hall at Carnegie Hall in 1993, and was named a finalist for the Naumburg Foundation Chamber Music Award in 1994.
The Merling Trio has given numerous recitals throughout the United States, Canada, and Europe. Members of the Trio have performed with orchestras such as the English Chamber Orchestra, the Honolulu Symphony, the BBC Scottish Symphony Orchestra, the Concerto Soloists of Philadelphia, and the South Carolina Philharmonic, under the baton of such notable conductors as Daniel Barenboim, Simon Rattle, and Christoph Eschenbach.